Caesarean section changes during my time as an obstetrician 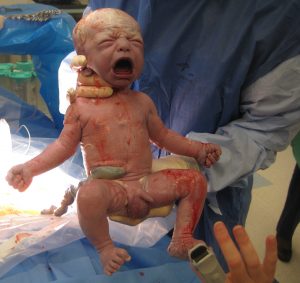 When I started my training as obstetrician Caesarean section deliveries were done much less frequently than today. There were various reasons for this including…

Caesarean section deliveries were usually done under general anaesthetics. Regional blocks were usually not suitable. Epidurals often did not as effective an anaesthetic, probably because of the more limited range of anaesthetic drugs. The spinal block needles we have today had not been invented. The spinal anaesthetic needles in the past were larger and so there was greater risk of a dural tap headache.

There has been ‘push back’ about the increased Caesarean section trend from the NSW Department of Health with its ‘Towards normal birth’ policy,  from some midwives and from some women in the community. Consequences of this ‘push back’ are some pregnant women are being coerced into having vaginal deliveries, even though they would prefer Caesarean section deliveries. As well, there is an increased likelihood, and case reports, of adverse outcomes for mothers and babies because of the increased incidence of operative vaginal deliveries. This will be more likely when they are done by doctors who do not have the appropriate level of clinical skills.

A trend I have noticed over more recent years is not to close all the layers that were incised with entry with a Caesarean section operation. Senior registrars have confirmed to me this is what is now being taught in some teaching hospitals. When I was a trainee obstetrician I was taught to close all layers carefully. I have always had done this. While not closing all layers is quicker for the doctor operating, it is not necessarily in the patient’s best interests. There is increased risk of poor healing with adverse consequences. A patient who had this problem was discussed in a previous article titled ‘Another reason why not to go public for pregnancy care’.

My technique for doing a Caesarean section has not to ant significant extent changed over the years. This is because the human anatomy has not changed, and I had excellent training to become an obstetrician. My technique has stood me well. Instruments used in the operation also have not changed. There has been a change in patient drapes. We now use disposable rather than material drapes that were to be cleaned, sterilised and reused. Suture materials for closure of the various layers have also changed. We now use better synthetic suture material that breaks down, for all layers including skin. I suspect this has helped facilitate quicker better healing. We also use an excellent clear dressing for covering the wound that has only been available for the past few years.

To complement the husband’s/partner’s greater involvement in the childbirth experience over recent years there has been the introduction of ‘baby-friendly’, also called ‘family-friendly’, Caesarean sections in some hospitals, including both the hospitals where I confine patients. That means a patient’s husband/partner and her baby stay with her in the operating theatre and in the recovery ward. In recovery ward mum is encouraged to breastfeed her new baby. Photos of the birth of the baby and of the parents with their new baby in the operating theatre are encouraged.