From tragedy to triumph 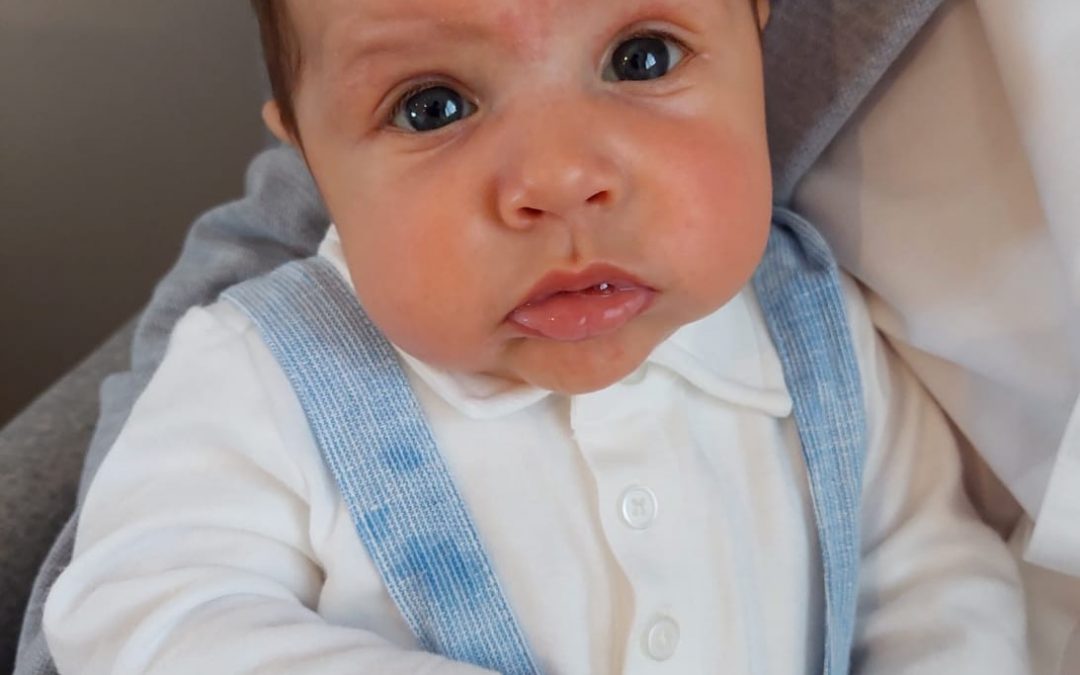 When I first met Lauren, my heart went out to her because of her tragic pregnancy history. 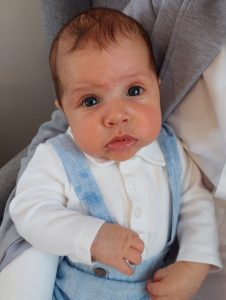 With her first she miscarried at 9 weeks

She lost her second baby at 17 weeks. A boy. She presented to hospital with ruptured membranes. In view of the presentation, she agreed to the obstetrician’s recommendation of a medical termination of pregnancy. She because febrile “like chorioamnionitis”. After passing the baby and placenta, it was suspected that she still had retained placental tissue. So, she had a curettage of uterus. She then deteriorated clinically and was admitted to ICU. She was given intravenous antibiotics. Lauren continued to deteriorate, and she required intubation and ventilation. Antibiotics were increased.  She developed heart failure. Other appropriate medications were given. Her blood stopped clotting. She had disseminated intravascular coagulation (DIC). Lauren required multiple blood products. Lauren stopped passing urine. Acute renal failure was diagnosed. She required renal dialysis. Lauren also lost mobility. After extubation it was apparent Lauren had developed difficulty in speaking and swallowing.

Her condition gradually improved. She was in hospital 10 weeks. Lauren was then transferred to a rehabilitation centre.  She had ongoing physiotherapy and occupational therapy and close clinical monitoring.

Lauren made a full physical recovery but was emotionally traumatized by both her pregnancy loss and her life-threatening experience.

She was told her pregnancy loss was due to either infection or cervical incompetence.

With her third pregnancy she miscarried at 5 weeks.

Lauren saw me for a gynaecology visit to discuss her pregnancy history and to plan my management of her next pregnancy. We discussed her obstetric history. I was so saddened by what she told me. I was determined to do all I could to make sure she had a good outcome next time. We started planning pregnancy management to optimise her chances of having a good pregnancy outcome next time. I did an extensive background work up. This included a sonohysterogram ultrasound scan.

The ultrasound scan showed she had a normal uterus, with a normal shaped uterine cavity. Her cervix appeared normal.

Her and her husband’s blood results were all normal except she was heterozygous positive for MTHFR c.665C>T.

I advised Lauren that with a normal homocysteine level I doubted the significance of the MTHFR result. But with consideration of her history, I have suggested it was worth assuming that MTHFR result could be relevant. So, I encouraged her to start on low dose aspirin and folic acid at 5mg/day and that I would commence her on the blood thinner Clexane when her pregnancy commenced. I advised her to see me as soon as possible after your pregnancy was confirmed.

Her visits with me were each week, then each 2 weeks, then monthly the end of the first trimester.

Because of the possibility of her 17-week pregnancy loss being due to cervical incompetence she had ultrasound scans to check her cervix. I referred her to a specialised pregnancy ultrasound unit for these scans because of their greater expertise and so likely greater accuracy in diagnosing adverse changes.

Her first scan to check her cervix was at 13 weeks. Her cervix was 34mm long (normal) and closed. Her baby was of appropriate size and appeared normal.

Her next cervical scan was at 15 weeks. Her cervix now measured 42mm long and closed.

Her next cervical scan was at 17 weeks. Her cervix was 38mm long and closed.

Her next scan was her foetal morphology scan. It was done when she was 19 weeks 4 days pregnant.  Her cervix was now 26mm long, which was below the 5th centile in length. 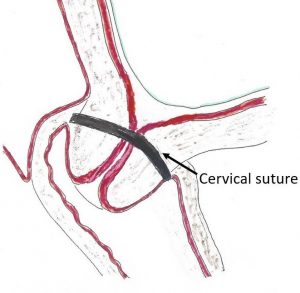 It was closed and there was no funneling. Her baby was normal and of appropriate size.

I discussed the finding with Lauren and advised her it was safest to insert a cervical suture (cervical cerclage) which would prevent her cervix opening.

I inserted her cervical suture 2 days later when she was 19 weeks and 6 days gestation.

I induced her labour at 39 weeks 0 days because of her obstetric history.

Lauren had an epidural for pain relief in labour. She had a spontaneous vaginal delivery of a healthy boy with a birth weight of 3228gm. Total duration of labour was estimated to be 8 hours.

I last saw Lauren for her 6 weeks postnatal visit. Both she and her son were doing well. She was breastfeeding her son. She said she was incredibly grateful for my pregnancy care of her.

Some pregnancies are more challenging than others. Lauren’s obstetric history and the uncertainty of reason for her pregnancy loss and the life-threatening complications put incredible pressure on me to ‘get it right’ this time. I felt so much for her and husband because of what they had been through.

I am not 100% certain as the reason for her pregnancy loss and which of the measures that were taken was most helpful in underpinning her good pregnancy outcome this time. I suspect the key problem was cervical incompetence, which had caused her premature rupture of membrane. Ruptured membrane and its management in her case resulting in septic shock, DIC, renal failure, other adverse developments.

That being the case the cervical suture was most likely the key reason all worked out well this time.

We will be going down the same management path next time.

Lauren has personally written the next two paragraphs….

“Thank you Dr Sykes for making our dream of having a child come true. You are without a doubt the most passionate and caring doctor that we have come across. The care you gave me was second to none. I will always remember the time after my 19-week morphology scan when I was made aware of my shortening cervix. I received a call from Kylee and I was in your office within an hour of having my scan at the Sydney Adventist Hospital organising a date to insert a cervical suture. This is just one example of your exceptional care throughout my high-risk pregnancy. Without your constant reassurance and expertise, this pregnancy journey would not have had the same successful outcome.

If you are pregnant after loss, you may feel anxious, overwhelmed and uncertain at times throughout your pregnancy. You can rest assured that Dr Sykes will monitor you closely and do all that he can to get your pregnancy to full-term.“