Ede recently saw me for management of her second pregnancy. Her pregnancy was progressing well. She had her routine blood testing at 27 weeks. 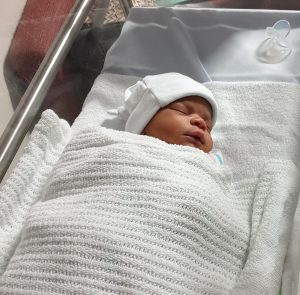 Platelets are a particularly important blood component. It is essential that they are at an adequate level for clotting and to stop ongoing bleeding. Your body continually produces platelets and removes and destroys old platelets. A low platelet count is called thrombocytopenia.

Thrombocytopenia occurs in about  5 – 10% of pregnancies. 80% is gestational (pregnancy induced) thrombocytopenia. Hypertensive disorders account for approximately 15 – 20% and immune thrombocytopenia for about 3-4%. Other causes are considered rare in pregnancy.

131 x10^9/L is only a mildly low platelet count and a platelet count at this level did not pose any risk. This level with onset in advanced pregnancy suggested gestational thrombocytopenia. My plan was to recheck Ede’s platelet count at  about 36 weeks, so there was enough time to take corrective measures before delivery if it had fallen below 100 x10^9/L.

At her routine antenatal visit at 34 weeks her blood pressure had increased to 130/85. While in the normal range it was higher than previously. She was well and her urine did not have any protein.

I arranged a preeclampsia blood workup to be done and saw her after this. Her uric acid level was minimally elevated for pregnancy at 0.32 mmol/L, her liver function results were normal, her platelet count had fallen to  98 x10^9/L. While I was not concerned with this platelet count for delivery, some anaesthetists refuse to do an epidural/spinal anaesthetic when the level is below 100 x10^9/L. Anaesthetists are concerned about the associated risk of bleeding and haematoma (blood clot) formation near the spinal nerves and consequential permanent neurologic injury. Because of this and because I did not want the platelet count to fall any further and so increase the risk of haemorrhage with delivery, I commenced Ede on oral steroids to boost her platelet count. I commenced Prednisolone at 5mg per day. Her next platelet count had increased to 112  x10^9/L.

I monitored her closely and she was stable until her antenatal visit at 36 weeks and 3 days gestation. Her blood pressure had increased to 130/95. I commenced her on the antihypertensive medication Aldomet at 250mg 4 times per day. Her platelet count was 106 x10^9/L. and uric acid had increased to 0.40 mmol/L. Her urine did not have protein and she was clinically well.

I arranged for her to attend the Birth Unit for rechecking of her blood pressure. It was still elevated at 140/100. I arranged for her to be admitted and added the antihypertensive medication labetalol at 100mg twice daily. She was also given Celestone Chronodose 11.5mg intramuscularly, 2 injections 12 hrs apart. This was in case she needed earlier than usual delivery. The steroid injection reduces the risk of her baby having immature lungs.

Over the next days her Aldomet dose was increased to 500mg 4 times per day and her labetalol dose to 200mg twice daily. Her prednisolone dose was increased gradually to 15mg per day. At these doses of medications, she remained well, and her blood pressure remained stable. He urine did  not have any protein. Her platelet count remained above 100 x10^9/L. Her uric acid increased to  0.45 mmol/L. Her liver function remained normal.

We agreed to deliver her baby when she was 37 weeks 3 days gestation. Ede chose the day. She had a Caesarean section because she had had a previous Caesarean section, because of the thrombocytopenia and preeclampsia complications of this pregnancy and it was her personal delivery mode preference.

The delivery was uneventful for Ede. I safely delivered a baby boy called Jeremy who had a birth weight of 2990gms. Jeremy did require admission to the Special Care Baby Unit as he had inhaled amniotic fluid, which affected has breathing for a short period. This is called transient tachypnoea of the newborn. 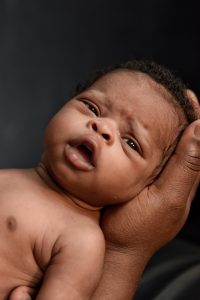 Mother and baby have done well, and both are now at home. Ede is successfully breastfeeding Jeremy.

Ede’s platelet count had returned to normal (127 x10^9/L) before her discharge for hospital. This was consistent with gestational thrombocytopenia. I  gradually reduced and then ceased her prednisolone.

Her blood pressure was still elevated and so she is still on Aldomet and labetalol. I am seeing weekly postnatally and am confident I will be able to wean her off the antihypertensive drugs over the next weeks.