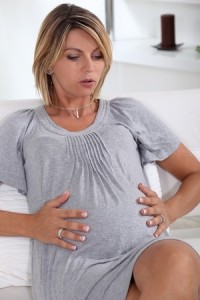 This is a common question asked by a patient when she approaches her expected date of confinement (EDC), and especially if she goes past her EDC.

EDC and onset of labour

The first point to understand is that an EDC is an artificial date and is not meant to be used as the indicator of the date when labour will start. As well, pregnant women’s biological clocks have different settings. Some will deliver before their EDC and some after their EDC. Only about 5% of women go into labour on the actual EDC date.

In calculating the EDC, we add 38 weeks to a pregnant woman’s ovulation (viz. conception) date. As most women do not know the exact date of conception but do know the date of the last menstrual period (LMP), this calculation is based on the assumption that ovulation (viz. conception) occurs 14 days after the first day of the LMP. This is not necessarily the case. Ovulation can occur before or after day 14. The EDC date may be revised if a woman knows her actual ovulation or conception date or according to an ultrasound scan in early pregnancy that estimates the foetal size.

Even if we know the exact conception date, this does not mean her labour will start exactly 38 weeks later.

One Obstetric Unit I worked in as an obstetric registrar in the United Kingdom had two obstetrician consultants. One obstetrician had a more reasonable approach to how much a woman should go overdue before inducing labour, while the other obstetrician refused to induce labour simply because a woman went overdue. The second obstetrician consultant had women going to 44 and 45 weeks of pregnancy before they went into labour. This indicates for these women their biological clocks are set so their pregnancies lasted considerably later than their EDC date. On the other hand, some women will go into labour well in advance of their EDC date, indicating their biological clocks are set so their pregnancies last for shorter durations.

There is a popular myth in the community that a woman will go into labour after her EDC in her first ongoing pregnancy.

Signs that labour is likely to start soon include:

What can stimulate labour onset?

Over the years, various approaches have been tried with varying success. How successful these approaches are has a lot to do with how ready a woman’s body is for her to go into labour. If it is not ready, then they are unlikely to work.