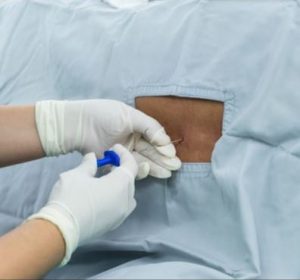 This popular question does not have a simple answer as there are different circumstances that need to be considered.

There is no reason an epidural block should prolong first stage labour. To the contrary epidural can result in a shorter first stage period of labour

Pain can slow progress in first stage labour. After an epidural is administered a labouring woman is more relaxed as she no longer experiences the intense pain of contractions. Sometimes when she is pain-free and more relaxed contractions are more efficient and as a consequence, there is faster progress in first stage labour than was happening before the epidural was administered.

When I hear stories of labours going on for days. It usually means there were either days of uterine irritability for the onset of real labour or that contractions were suboptimal and so there was suboptimal progress in labour.

The onset of second stage labour is when the cervix is fully dilated. In the second stage, labour baby descends through the birth canal. Second stage labour is associated with this is a different pain to the contraction pains of the first stage. This pressure pain causes an incredible desire for the labouring woman to ‘bear down’.

Sometimes midwives become nervous about the duration of the second stage and want to encourage the labouring woman to bear down (or ‘push’) with contractions, even though, because of the epidural, she has no desire to bear down and is not aware of the contractions. This can result in inefficient pushing and an increased likelihood of an operative vaginal delivery because of maternal exhaustion.

If the baby’s wellbeing is satisfactory I am in no hurry for a woman with an effective epidural to start pushing once she is in the second stage. I like the baby’s head to descend passively through the birth canal and for pushing to start when the baby’s head is very low in the birth canal. Such an approach increases the likelihood of spontaneous vaginal delivery.

Yes, the second stage with epidurals are often prolonged and sometimes can last two or even three hours. But this is a passive and not an active second stage and is of no risk to the baby.

Sometimes Syntocinon augmentation is needed in the second stage to optimise the strength of contractions and rotation and descent of baby’s head through the birth canal. Sometimes the midwife will want to ‘turn down’ the epidural so the woman gets some sensation back and so can push more effectively. Some women are reluctant to agree with this approach as they don’t want any pain. Sometimes the epidural while stopping pain doesn’t take away the sensation to bear down and so a woman can push more effectively.

So, in summary, an epidural block should not prolong first stage labour and will sometimes help reduce its duration. An epidural block will often prolong second stage labour but with careful management that usually does not mean the need for an operative vaginal delivery.