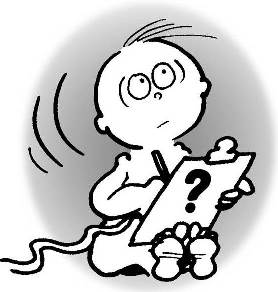 A patient who is 29 weeks pregnant in her second pregnancy saw me yesterday for a scheduled antenatal visit. She said she had decided on her ‘birth plan’ and wanted to discuss it with me.

In her first pregnancy she was managed as a public patient as a major Sydney teaching hospital. After an uncomplicated pregnancy she was admitted to hospital with spontaneous rupture of membranes and in spontaneous labour at 40 weeks and four days gestation. An epidural was administered for pain relief in labour. After 48 hours of contractions and being unable to deliver her baby with pushing it was decided on an operative vaginal delivery. A vacuum cup was applied. That came off with obstetrician effort. Then forceps were applied and with an episiotomy her baby was delivered. She said there were “teams of doctors” deliberating over her and what to do. She said it was a very frightening experience. Her son had a generous birth weight of 10lb 4oz. He needed to be admitted to the special care baby unit immediately after birth and so there was no opportunity for her to cuddle her baby and bond with her baby. Her son did well. The patient said she has also recovered physically though the episiotomy wound was uncomfortable for eight months after the delivery.

In view of what had happened she decided to be managed as a private rather than public patient in her second pregnancy and to see me for this management.

At the first antenatal visit with me when she was nine weeks pregnant she advised me of what had happened with her first delivery and how it had emotionally traumatised her so much and made her very nervous this pregnancy.

I discussed the options of management:

If all measurements were favourable then we could plan for a vaginal delivery.

I advised my concern in her case is even with good measurements she would be very nervous in labour and would not be able to relax until after her baby is delivered. As well there was the possibility of the ultrasound scan underestimating the size of her baby and so she may need an emergency Caesarean section because of cephalo-pelvic disproportion if the baby was larger. I advised her she would not have repetition of the difficult vaginal delivery she had last time. There is also the possibility if her baby is of generous build, especially the shoulders, of shoulder dystocia. This is associated considerable risk to her baby. While we could adopt the ‘wait and see’ approach my preference would be induction of labour at 39 weeks to avoid her baby getting too big and so optimising her chances of a spontaneous vaginal delivery.

If the measurements were such that a spontaneous vaginal delivery was not likely then we could do an elective Caesarean section.

At the visit this week at 29 weeks pregnancy she advised me that her ‘birth plan’ was to have a ‘baby friendly’ elective Caesarean section. She said many ‘well-intentioned’ people had given her advice. Some were horrified she was considering a Caesarean section. One said a doula would be a great benefit. She didn’t take this seriously and said the person is ‘a bit alternative’. She said “it is my body and my decision. They have not been through what I have been through and none are qualified to help me make what is the right decision for me”. So she could have the certainty of a ‘baby friendly’ Caesarean section she want to changing hospitals.

I again discussed the options in detail to make sure she understood objectively the pros and cons of each. She remained of the same opinion. I then agreed. I gave her the ‘paperwork ‘to book into the other hospital. She asked if she can have the delivery on the birthday of her deceased father. She will be just 38 weeks pregnant. I said I will endeavour to do this.

At the end of the consultation she was so relieved. The weight had been lifted from her shoulders. She could relax knowing everything should go well and she will have much better childbirth experience than last time.

My goal for my patients is not only a good pregnancy outcome but also a good pregnancy and childbirth experience. How the latter is achieved will vary. For most the focus will be a good labour, spontaneous vaginal delivery and no stitches. For some it will be an elective Caesarean section.