I want an iron infusion 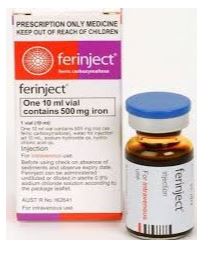 It is becoming more popular for pregnant women to request an iron infusion because of tiredness in pregnancy.

The iron infusion will only benefit if there is an iron deficiency, which can be checked by a blood test. Most tiredness in pregnancy is not due to iron deficiency. There is routine checking for anaemia and iron deficiency in early pregnancy and again when the gestational diabetes screening is done.

There is a greater body demand for iron in pregnancy and if a woman’s oral intake is not enough she will fall behind. Initially, there will be reduced iron stores and then an iron deficiency anaemia. While iron deficiency is associated with feeling tired, the more important consideration is coping with blood loss with childbirth. There is blood loss with childbirth (both vaginal deliveries and Caesarean sections) and if a pregnant woman has iron-deficiency anaemia then she has fewer reserves to cope with this blood loss. If there is a significant postpartum haemorrhage then she is more likely to need a blood transfusion or iron infusion after delivery.

For most pregnant women an oral iron supplement is adequate to overcome an iron deficiency. Oral iron supplementation is inexpensive, safe and an effective means of restoring iron balance in most pregnant women with iron deficiency and iron-deficiency anaemia. An iron infusion is quicker in action and does not cause the gastrointestinal side effects of oral iron, but an iron infusion is more expensive and has a greater health risk.

When taking oral iron because of iron deficiency the recommended intake is 100 – 200 mg of elemental iron daily. The most popular oral iron medication in pregnancy is Ferrograd C. The added vitamin C helps the body to absorb the iron. Ferrograd C has 105mg of elemental iron. While there is iron in most pregnancy supplements, the amount is not enough to prevent and overcome iron deficiency.

As well an iron infusion is indicated if the iron-deficiency anaemia needs to be corrected quickly and following a significant postpartum haemorrhage when a blood transfusion can be avoided.

The most popular intravenous iron infusion today is Ferinject (ferric carboxymaltose). Ferinject is prescribed, purchased through the pharmacy and taken to the Birth Unit for administration. Anaphylaxis (which can be fatal) may occur with intravenous iron and resuscitation facilities should be available when being administered. Hence it should be done in a hospital. The pregnant woman should be kept for at least 30 minutes post-infusion for observation. The incidence of anaphylaxis is less with Ferinject. If a patient has asthma, eczema, or other atopic allergies then there is a greater risk of anaphylaxis.

One study found an incidence of iron staining to be 1.3%. Iron staining pigmentation has been reduced and sometimes successfully treated with laser therapy on some occasions. Intravenous infusion sites should be monitored closely for swelling before and during administration to minimise the risk of extravasation causing staining. Intramuscular iron is not recommended because of the increased risk of iron staining