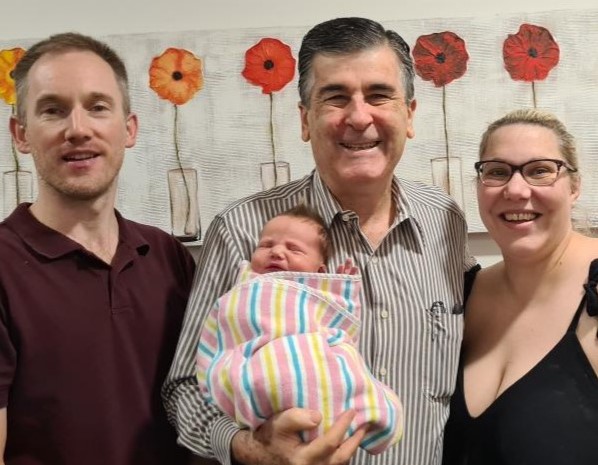 I was pleased to see Marelle again for pregnancy care. She was understandably nervous at her initial visit for this pregnancy because of her obstetric history. 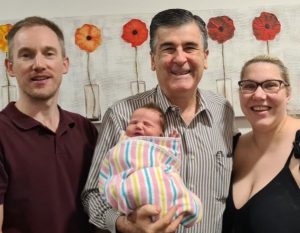 She had first trimester miscarriages in 2018 and 2019. Later in 2019 she had another unsuccessful pregnancy. At 21 weeks pregnancy her membranes ruptured spontaneously. She also had a febrile illness of unknown origin. Infection checks were done. She was given intravenous antibiotics and was admitted for bed rest. Two days later her uterus started to contract. As well there was prolapse of the umbilical cord. The contractions were not sufficient for labour and so Syntocinon augmentation was required. She had a spontaneous vaginal delivery of a little boy who appeared perfect. Marelle has decided against a postmortem study. But she did have an extensive work-up. The results were normal. My thought was the pregnancy loss was related to the febrile illness that she had and if so, it should not have any bearing on the future. I reassured her accordingly.

She was only 4 weeks pregnant when she saw me for her first visit this time. This was an IVF pregnancy. I began twice weekly biochemical monitoring of her pregnancy with quantitative HCG and progesterone level checks. As well she had visits with me each 2 weeks. Her next visit was at 6 weeks. We were all excited to she had a normal size baby with a heart rate of 126bpm. The pregnancy appeared to be progressing well.

Marelle had been under the care of an endocrinologist because of hypothyroidism and insulin resistance. She had been on Metformin before pregnancy. This was discontinued by the endocrinologist. She was commenced on insulin at 12 weeks pregnancy.

Marelle worked extremely hard and maintaining a blood sugar levels in the normal range. Her insulin requirements gradually increased during the pregnancy. At 37 weeks she needed 87 units of insulin per day to maintain a normal blood sugar level.

Prostaglandin gel (Prostin) was inserted into her vagina the night before her induction date. That was to ripen her cervix and increase the likelihood of a successful induction. Some women contract on the gel. Marelle did. But with these contractions there was an abnormal foetal heart rate pattern. The foetal heart rate pattern had been normal prior to the insertion of the Prostin gel.

While there was not severe foetal distress the abnormal changes with only mild contractions implied baby would not tolerate the stronger contractions than would be needed for an efficient labour. We decided on a Caesarean section delivery. The Caesarean section was done under a spinal anaesthetic and was uncomplicated. Her son was born in good condition and had a birth weight of 3680gms. The umbilical cord was below the temple area of baby’s head. It was likely that this cord segment was getting compressed with contractions. This would have been worse and much more dangerous for baby with established labour.

Marelle and her baby both did well postnatally. She was able to be discharged home with minimal pain and successfully breast feeding her baby.

Every woman’s pregnancy and childbirth experience are different. Indeed, for the same woman each pregnancy and childbirth experience is different. Marelle’s perseverance and determination paid off. Marelle was understandably nervous because of her pregnancy history and her current pregnancy complications.  She has a great attitude and was trusting of my and her endocrinologist’s care and was very compliant and conscientious. This behaviour on her part helped underpin her having a good pregnancy outcome.