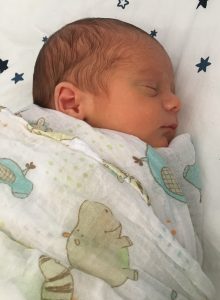 Carolyn had an uncomplicated first pregnancy until she was 35 weeks 6 days gestation (pregnancy).

She had two doses of steroid injection 12 hours apart to mature baby’s lungs, as I would need to deliver her baby soon because of the severity of the preeclampsia. It posed a significant health threat to Carolyn. I also commenced Carolyn on a blood pressure (antihypertensive) medication. Once she commenced on the antihypertensive medication not only did her blood pressure return to a normal level but also the liver discomfort ceased.

Labour was induced the next morning when she was 36 weeks 0 days gestation. Baby’s heart rate pattern became abnormal when she was 4 cm dilatation. I attended. The abnormal change settled after the Syntocinon infusion ceased. Despite a minimal 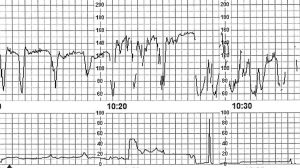 Syntocinon infusion rate, she progressed quickly and within the next hour, her cervix was fully dilated. I was called. The baby heart rate pattern had become abnormal again consistent with foetal distress. Because of the foetal distress, I used the MityOne vacuum cup to deliver her baby. The baby was born in good condition. The baby had a birth weight of 2530gms There was a small perineal tear which I sutured. The total duration of labour was estimated to be about 4 hours.

Carolyn’s postnatal recovery was uneventful. He antihypertensive medication was ceased. Her liver enzyme levels and platelet count returned to normal. Carolyn’s baby needed to be admitted to the Special Care Baby Unit because of prematurity issues. There was no hyaline membrane disease (immature lungs) concern. Mother and baby both have been discharged home.

Preeclampsia is one of the most serious complications of pregnancy. It is unusual to be first diagnosed as liver pain and tenderness. Carolyn’s blood pressure was normal, and her urine clear prior to the hospital admission. She not only had severe preeclampsia but of sudden onset. As such, there was likely to further rapidly increased severity, which would be potentially life-threatening. It was very appropriate to expedite her delivery despite the premature gestation.