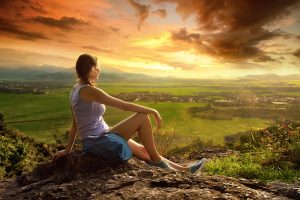 A patient recently saw me for her postnatal visit.

A postnatal visit is always a wonderful visit of celebration – the end of a successful pregnancy and the birth of a new baby.

This was a very special postnatal visit because of this patient’s obstetric history.

What was more challenging was her need for IVF to conceive. She conceived again in March 2015 through successful IVF management.

She was managed with low dose aspirin, vitamins including folic acid, progesterone pessaries and had frequent antenatal visits. There was minor bleeding in the first trimester that settled. Progesterone pessaries were ceased at 11 weeks pregnant, as the placenta had formed and was providing hormone support for the pregnancy. The non-invasive prenatal test (NIPT) report was normal. She found out her baby was a boy. She also had a 12-week pregnancy early foetal anatomy scan which had a normal report. Her 19-week pregnancy morphology scan reported a developmentally normal baby. Such a relief!

At 28 weeks pregnant, she presented to the Birth Unit with minor bleeding. A foetal wellbeing ultrasound scan was arranged. While this scan reported her baby was well, her closed cervix was very short at 1.2cm length and had funnelling. There were no uterine contractions. Her 19-week morphology scan had reported her cervix being greater than 5cm long. For most pregnant woman the cervix length before labour is 3.5cm.

The cervix being this short implied that preterm delivery was a considerable risk. She was transferred to a hospital with a Level 3 Neonatal Intensive Care Unit, just in case she delivered. She was managed with progesterone pessaries (which can help prevent further cervical shortening), prophylactic glyceryl trinitrate (GTN) patches (which can help prevent contractions), prophylactic antibiotics and strict bed rest. As well she was given two injections of Celestone Chronodose (a steroid that can help prevent immature lungs in a preterm newborn).

Her condition remained stable and so she was discharged home at 31 weeks pregnant. Management continued with progesterone pessaries, GTN patches and bed rest at home. She had weekly ultrasound scans to check her cervix and baby’s wellbeing and growth.

At 34 weeks pregnant, she was readmitted as there was minor bleeding. The bleeding settled and as all was stable she was discharged home.

At 37 weeks she asked to be induced. This was very understandable with consideration of her obstetric history The GTN patches were ceased and I suggested I review her in one week.

At 37 weeks and 2 days gestation, she was admitted to hospital in spontaneous labour. She went on the have a normal delivery of a healthy male infant weighing 2970gms. Her labour was 21/2 hours duration.

This patient had a very complicated past obstetric and recent pregnancy history. Throughout it all, she showed incredible courage and determination. She has a wonderfully supportive husband, who gave her a lot of strength. She also attended a wonderful counsellor, who gave her a lot of support. I am so thrilled for them. After such a long and difficult battle they were victorious and able to celebrate with a beautiful baby boy.

I asked her if I could make a blog article from her story. She said she would be very happy, especially if it would be an encouragement to others.

For most women, the conception, pregnancy and childbirth journey is not nearly this challenging. Over the years I have had many other patients with very challenging journeys. Some say to me: “It is so unfair!”, when they see how easy the journey is for some women. I respond by saying every woman has her own conception, pregnancy and childbirth journey. Indeed the journey will often vary from one pregnancy to the next for the same woman. But whether the journey is easy or hard the reward is the same. No matter how hard the going is I encourage a woman not to quit on her dream of motherhood. Tragically for some women no matter how hard they try it doesn’t work. But they at least they know they did everything possible to achieve their dream.