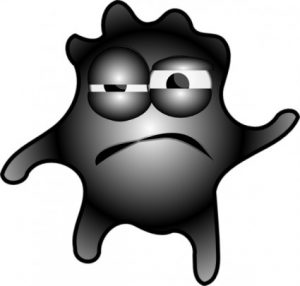 What is the concern with Group B Strep?

Group B streptococcus (GBS) is a bacteria that commonly colonises a woman’s vagina.

Studies of pregnant women have identified GBS in vaginal swabs of 15 to 25% of pregnant women. These women do not have any symptoms – no related discharge concerns, no odour and no irritation. Without a swab test they won’t be aware they have GBS in their vagina. So we classified them as having a vagina  ‘colonised’ by GBS and not ‘infected’ by GBS. A small number will have symptoms suggesting a possible infection with GBS.

Furthermore if these GBS women positive are left untreated one in two of their babies (about 10% of newborn) will have GBS on their skin at birth and be completely well (again called ‘colonised’ rather than ‘infected’) . About one in 200 of infants with GBS on their skin will be ‘infected’ and develop neonatal sepsis. This sepsis can make the baby extremely unwell including resulting in neonatal death.

If a pregnant woman is a carrier of GBS at the time of her baby’s birth when is her baby at greatest risk of infection?

If there has been:

If a pregnant woman is colonised by GBS at the time of her baby’s birth when is her baby at no risk of infection?

If she has an elective Caesarean section, has not been in labour and has not rupture of membranes.

What happens to minimise my baby getting a GBS infection?

By this approach I have found about 50% of GBS positive women with their first swab are GBS negative with second swab and so don’t need antibiotics in labour.

For elective Caesarean section (not in labour and no rupture of membranes) no antibiotic prophylaxis is needed, irrespective of carriage.