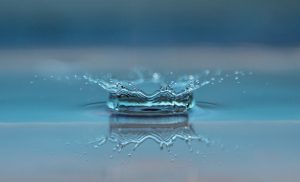 Recently I was called for a delivery. I arrived to find there was blood in the urinary catheter. The catheter had been inserted as the patient had an epidural block. I checked and found the blown-up balloon of the catheter was in her urethra. I deflated the balloon, removed the catheter and she went on to have a spontaneous vaginal delivery. I inserted a new catheter into her bladder after delivery, which remained in situ until after the epidural had worn off. A catheter is essential with an epidural as otherwise, it is likely bladder will become overdistended with urine and that will cause bladder function damage. She had a quick labour of one and hours duration with minimal pushing needed in the second stage.

Studies have found a higher incidence of urinary incontinence after a forceps delivery than after spontaneous vaginal delivery. As well the incontinence is more likely to persist.

Studies have not found a higher incidence of incontinence after a vacuum delivery than after spontaneous vaginal delivery.

The prevalence of urinary incontinence diminishes in the months after delivery. The high occurrence and rapid decline in incidence during the first 3 months following childbirth suggest that usually, incontinence is part of a normal pregnancy and delivery.

Studies that have correlated mode of delivery to stress urinary incontinence three years after pregnancy have not found a significant correlation between mode of delivery and stress incontinence. The incidence is the same, be it a Caesarean section or a vaginal delivery.