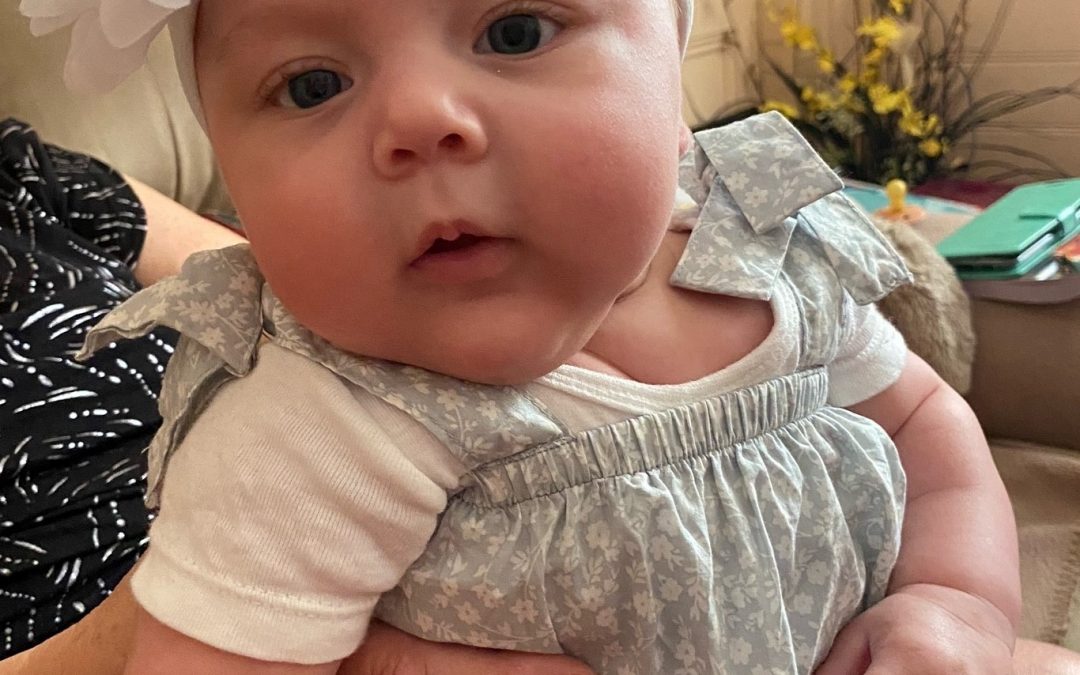 Corrine’s antenatal course was uneventful until she had her morphology ultrasound scan. 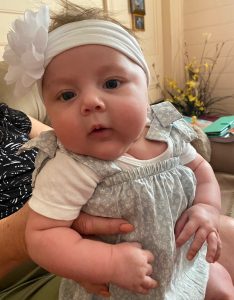 The morphology ultrasound scan found that Corrine and Ryan’s baby had a foetal scoliosis (curvature of the spine). It was suspected due to a vertebral malformation between vertebrae T8 and T10.  Otherwise their baby appeared normal.

Corrine and her husband Ryan were terribly upset with the news.

A foetal spinal MRI was arranged at 24 weeks. This confirmed the ultrasound finding and no other issue was found.

I contacted a friend, A/Prof Gordon Thomas Head of Paediatric Surgery at Westmead Children’s Hospital, for advice as to who would be a suitable paediatric orthopaedic surgeon for Corrine and Ryan to see. Gordon suggested Dr Randolph Gray. I arranged a consultation with Randolph. He carefully discussed the findings and explained what he would need to do to correct the malformation. Corrine said they found him very reassuring and that he helped to defuse their natural anxiety.

The pregnancy continued uneventfully. There was further imaging of baby and the finding remained the same.

Corrine developed insulin dependent gestational diabetes and at the end of the pregnancy she was requiring 20 Units of insulin a day to keep her blood sugar level in the normal range.

Labour was induced when Corrine was 39 weeks gestation. The induction was because of both the scoliosis and insulin dependent gestational diabetes. An epidural was given for pain relief. She went on to have a normal vaginal delivery with an intact perineum. Their daughter Billie was born in good condition and had a birth weight of 3306 grams.

Billie was assessed by paediatrician Dr Jeff Chaitow. Arrangements were made with Dr Gray for Billie’s ongoing care. The scoliosis was not very obvious with visual inspection. Baby was otherwise perfectly normal. Corrine and Ryan were so relieved. Corrine was discharged home successfully breastfeeding her daughter.

Dr Gray arranged for Billie’s spine to be x-rayed after birth. The x-ray showed the scoliosis was due to malformation of the vertebrae between T10 and T12. The plan is spinal casting and then corrective surgery when she is mature enough to do so.

Corrine recently emailed me ”Dr Gray has advised us that Billie will need to have surgery – that is the only way to fix her unfortunately.

She is an absolute champ, and it does not phase her at all – she is now sleeping 10/11 hours and is smiling and laughing! Very happy baby! We are incredibly lucky!!  She is 4 months today! I can’t believe it!”

Corrine has been a wonderful patient. It has been a great joy for me to be her obstetrician and support her and her husband Ryan on this difficult pregnancy journey. Because of their courage and through making the right decisions they are now blessed with a beautiful baby girl who they can love and nurture.