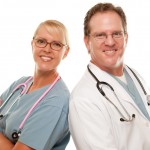 For a number of weeks I have been ‘covering’ an obstetrician colleague. Initially it was because he was on holidays and more recently it is because he has been unwell.

This unusual relationship amongst obstetricians has been the topic of discussion with a number of his patients.

Obstetricians in private practice are ‘small business owners’ who are in competition with each other. By that I mean when a woman is pregnant she can book with only one obstetrician for her pregnancy care.

But while obstetricians are in competition with each other we also look after each other’s professional interests. This is an interesting paradox.

Also when an obstetrician has a difficult operation he/she may call in a colleague with whom he/she is ‘in competition’ to assist, as he/she wants that level of expertise in the operating theatre. Or if a very serious complication develops, and no matter what time of day it is, he/she will ask a colleague to attend to help deal with the crisis and so make is safer for the patient.

So while obstetricians are in competition with each other they also look after each and do not consider taking advantage of a colleague by trying to poach his/her patients or undermining his/her practice. That would be very unprofessional behaviour.

I don’t know how often this happens in other industries and if so to the same extent. For example if I had a shop and wanted time off I could not ask another store owner in the same shopping mall to look after my clients, while I am away, etc.

That is to not to say there have not been situations of unprofessional behaviour. The person who is found to behave unprofessionally is brought to task by colleagues and if he/she continues to behave that way will find himself/herself isolated and in a very compromised position when running his/her medical practice.