“Inductions are better than people make out” 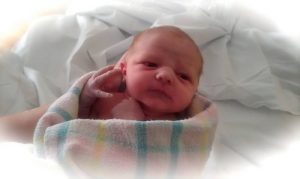 A patient asked me to do a blog titled “inductions are better than people make out”.

This patient delivered two days ago. It was this patient’s third pregnancy. Because of developments with the second delivery, we agreed that induction of labour was a safer option this time than waiting to go into spontaneous labour. She had gone into spontaneous labour both previous times. The first labour went well, but the second labour was extremely fast and very painful for her. It was so quick that she only just made it to the hospital in time to deliver. As a consequence (I suspect) of the precipitate labour, she had a postpartum haemorrhage.

So, toward the end of the pregnancy I assessed her suitability for induction by doing an internal examination and then we agreed on a date for her induction. I suggested it should be gentle controlled induction.

I went to the Birth Unit on the morning of the induction date only to be told by the midwife that she was not there and had changed her mind. I went to my office and phoned her. She said she didn’t “want to fill her body with all those drugs”. I again discussed the logic of her being induced and how it would be safer for her and her baby. She agreed. I contacted the Birth Unit staff who phoned her and arranged for her to attend.

The induction was by a Syntocinon infusion and ARM.

She laboured well and had normal vaginal delivery of a healthy girl. There were no complications.

She told me she had spent time the night before on the internet reading about inductions. She said it was all negative and it scared her so much that she no longer wanted to be induced. But in the end she said she trusted me and agreed to be guided by my wisdom and experience rather than that of anonymous online strangers who were ‘gloom and doom’ merchants. She said she was so pleased she had listened to me. She said her induced labour was a much more positive experience than had been her previous spontaneous labour. As well, we were able to avoid the complications that had happened previously and probably would have happened again with spontaneous labour.

She said she was annoyed with herself that she had spent time on the computer, and she then asked me to do a blog called “inductions are better than people make out”, so other women will not make the same mistake.

I advised her that usually the only women who bother to write online about induction of labour are either the minority who have personally had a bad personal experience or the lobbyists for the western interpretation of ‘natural’ childbirth and who are usually anti-obstetrician. I suspect the ‘silent’ majority who have positive induction experiences are so excited with their new baby and are too busy with motherhood to spend time writing online.

Certainly it is my personal preference for a woman’s onset of labour to be spontaneous. Indeed this is the case for me, with most of my patients going into spontaneous labour and only the minority of my patients needing to be induced.

It is very unfair that a pregnant woman’s excitement and anticipation about becoming a mother should be undermined by online strangers with their own negative agendas.