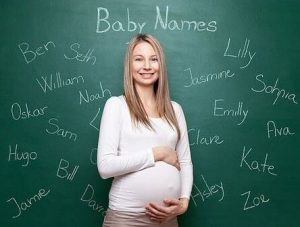 I was chatting with a patient and her husband about whether they had thought of a name for their soon to be born baby. This lead to the husband telling me of a friend who knew of a child with the first name ‘Abcde’. The parents of Abcde obviously thought this was a fun idea at the time to give their child such a name, but I suspect they had not thought through the implications their son growing up with that name and the possible impact such an unusual name could have on his emotional wellbeing.

Giving a baby a good name is a huge responsibility for parents. It has considerable implications for the child as the child will go by that name throughout life and, to an extent, will have an identity based on that name.

I suggest the key principle when choosing a name for your child is to be aware that children like to ‘blend in’ at school. Mocking and bullying at school are huge issues. For the child to have a name that is very unusual or has an unusual spelling can result in other children picking on your son/daughter at school. This can have devastating emotional implications for your child. An unusual name can advisedly affect the child’s sense of self-worth and ability to achieve his/her potential. It can result in childhood anxiety and depression that could lead to even worse consequences. In adult life, these psychological issues can continue with the person with an unusual name underachieving in life and having difficulty in establishing healthy relationships. Children with unusual names have greater likelihood to become unusual adults.

Over the years I have chatted with patients with unusual first names about their names and whether they liked their name. The usual comment is the name was a problem at school, and they wish their parents had given them a ‘more normal’ name. A patient recently said to me it was hard growing up as there was no one else in school with my name. Sometimes the child with an unusual name will, when older, go by another name (such as their middle name) and sometimes they change their name by deed pole.

To give a baby a more popular name with an unusual spelling can have the same adverse consequences for the child, as the child is forever having the spell their name.

The popular motive for parents to give their baby an unusual name or a popular name with an unusual spelling is the parents want something different for their child’s name, something special. But from the child’s perspective, they prefer to blend in and not have to be forever pronouncing their name or correcting the spelling of their name.

The safest options are to stick with the current popular names or names which have stood the test of time and have remained popular generation after generation. Your ethnic background also should be taking into consideration when choosing a name. Patients often say they want a name that is both appropriate for their ethnic background and which blends in for the child living in Australia.

Can I suggest in choosing a middle name to select the name the name of an important family member as an honour to that person? It could, for instance, be the first name of a grandmother or grandfather who is special to you.

Consider how well the first name goes with the surname. Will that result in the child being teased? For example, you may decide on the name Harley for your son. Nothing wrong with using that name unless your surname is Davidson, and so this child had the name of Harley Davidson. Also, consider how the initials go together. I suggest giving your child three names (first, middle and surnames) so the initials are KKK or LSD or BAD or FAT or MAD or NUT etc. would be inappropriate. Finally, consider how a shortened first name or shortened first name with a middle initial goes with your surname. For example, Samuel Sung will be called Sam Sung and Christopher Paul Bacon will be called Chris P Bacon.