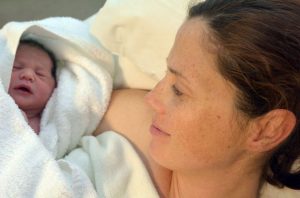 Pregnancy and childbirth complications can happen irrespective of who is managing your pregnancy. But with considerable professional clinical experience that is consequence of having managed many thousands of pregnant women and with personalised patient care the likelihood of an adverse development can often be predicted and appropriate management steps are taken so the adverse development can be avoided, or the impact can be minimised.

Below are brief notes about recently patients. In all cases there were adverse developments with their previous childbirths that had sufficient impacts that they chose alternative management of their second pregnancies. There was also one patient that has not been prepared to have another baby because of memories of what happening in her first pregnancy, labour, and delivery.

I was able to understand and discuss their past experiences and take management measure to minimise to the likelihood of adverse developments in their second deliveries. My ability to plan and do this I attribute to my considerable clinical expertise and skills that are a consequence of being a very experienced obstetrician.

1. A patient changed to my care at 31 weeks in her second pregnancy. She had been attending a public hospital.

She was increasingly nervous about the pregnancy care she had been receiving as a public patient, especially with memories of her last pregnancy and childbirth care. In her first pregnancy, she was managed as a public patient. That was in 2015, three years earlier. She said she was admitted in spontaneous labour at 40 weeks and 0 days gestation. Her labour lasted 6 hours. She progressed to a spontaneous vaginal delivery. She had a postpartum haemorrhage of about 1 litre of blood. She also had a partial thickness third-degree tear.

She told me she was keen on a vaginal delivery this time. She was aware of the implications of having had a third-degree tear. I did discuss the extra risks of having a vaginal delivery after a third-degree tear complication. There is scar tissue in the anal sphincter (which is torn when there is third-degree tear). Scarred tissue is not a strong as non-scarred tissue, and so there was a greater likelihood of tearing with a vaginal delivery. If there was tearing it could cause more damage to the anal sphincter and there was a risk of long-term faecal incontinence. That is why many women who have had third-degree tears choose to have an elective Caesarean section delivery next time, to avoid that risk. I told her the risk of tearing could be minimised if I did a mediolateral episiotomy, cutting well away from the old tear. This, with a very controlled and slow delivery of her baby’s head, will minimise the risk of anal sphincter trauma. I also suggest induction at 40 weeks to avoid her baby getting big. The larger her baby the greater the risk of tearing. As well, with an induction of labour it was likely she would delivery during the daytime when there could more easily be extra staff support in her management, if needed, than if she delivered in the early morning hours. To have the opportunity to have extra staff support if needed was an important consideration with her history of postpartum haemorrhage last time. There was a greater risk that could happen again compared to a woman who did not have a postpartum haemorrhage with her first delivery. As well I said good management of the third stage and the early postpartum period would minimise the risk of excessive bleeding. She was happy with these approaches to her care.

Labour was induced at 40 weeks 0 days. Labour lasted 2 hours. The midwife looking after her had been briefed about her history and the management plan. The midwife called me to attend when her cervix was 8 cm cervical dilatation. I arrived and safely delivered her baby with an episiotomy and slow controlled delivery of her baby’s head. There was no tearing. The placenta was delivered uneventfully. There where extra medication is given to help the uterus contract and minimise blood loss. Blood loss was normal. She had a baby girl born in good condition of weight 3.2Kg.

She had an uneventful postnatal stay in hospital and said to me how grateful she was because of my care. It much better experience that with her first delivery.

2. The next patient had been living in another country when she was pregnant for the first time. She said there was oligohydramnios (less amniotic fluid) diagnosed in pregnancy. She thinks that because of this her labour was induced at 38 weeks and 6 days gestation. She said her labour lasted 9 hours. There was a vacuum operative vaginal delivery with an episiotomy. She did not know why she needed an operative vaginal delivery. She had a baby boy with a birth weight of 2.8Kg. She said a haematoma developed above the apex of the episiotomy which was diagnosed four hours after delivery. She was taken to theatre for surgical evacuation of the haematoma and further suturing under a general anaesthetic. She then had urinary retention and had to be discharged from hospital with a catheter in place. The catheter was eventually removed and she had normal bladder function.

This pregnancy and delivery experience was very different. To optimise the delivery time and minimise the risk of extra trauma with the baby getting bigger with her going overdue, labour was induced when she was 40 weeks and 0 days gestation. Labour lasted 2 hours. She had a spontaneous vaginal delivery of a healthy girl weighing 3.5Kg (larger than her first baby). I did an episiotomy in view of what had happened last time. The episiotomy was repaired carefully.

There were no complications and the patient was discharged home with her baby. She had a good labour, normal delivery, no haematoma, and no urinary retention problem. She was very happy with her childbirth management.

3. A patient saw me for management of her second pregnancy. She was very anxious because of her first delivery.

Her first delivery was in 2012, 6 years earlier. She had been managed as a public patient. Labour was induced at 40 weeks and 5 days gestation. She had an epidural for pain relief in labour. She said there had been 5 attempts to get the intravenous cannula sited and then 4 attempts to get the epidural in place. There was both foetal distress and slow progress in second stage labour and so she had a forceps delivery. She had a healthy girl weighiing 3Kg. She told me she had considerable stitching after delivery because of considerable perineal trauma.

I reassured her that I anticipated she would have a much better childbirth experience this time. As the pregnancy progressed we planned her delivery. The pregnancy progressed uneventfully. At her antenatal visit at 38 weeks she told me she was keen to have her labour induced. I was happy to do this to avoid her baby getting too large. A smaller baby implied an easier delivery and less likelihood of perineal trauma. As well with an induction she was likely to delivery at an optimal time of day rather than in the early morning hours when there is less staff support. Labour was induced at 39 weeks 1day gestation. She had an epidural for pain relief. There was no difficulty inserting the intravenous line cannula or epidural. She had a normal vaginal delivery. I did an episiotomy because there was considerable scar tissue in her perineum from last time. I wanted to avoid a nasty perineal tear, which was more likely to happen with tearing as there was so much perineal scar tissue. The total duration of her labour was 4 hours. Her daughter was born in good condition with a birth weight of 3.3 Kg.

She was happy with her management as she had a much better childbirth experience this time.

4. The next patient had been managed as a private patient with a different obstetrician in her first pregnancy. She told me her labour was induced at 39 weeks gestation as the doctor was going to be away when she was due. She said she had a 16 hour labour. A forceps delivery with an episiotomy was done as there was foetal distress in second stage labour. Despite the episiotomy there was significant perineal tearing. The episiotomy and tear where sutured. There was poor healing and so she was subsequently taken to theatre for repair and resuturing of the perineum. She was very upset about what had happened.

This pregnancy was complicated by mild gestational diabetes She went into spontaneous labour at 39 weeks and 1 day gestation. She had an epidural for pain relief in labour. She went on to have spontaneous vaginal delivery. I did an episiotomy because of the considerable scar tissue in her perineum. I wanted to avoid a nasty perineal tear. There was no perineal tearing this time. I suture the episiotomy wound carefully. Her son was born in good condition and had a birth weight of 3.5Kg. The postnatal period has been uneventful. Her perineum was comfortable and healing well.  She was very happy with her care.

5. A woman and her husband saw me for a discussion about having another baby. Her first pregnancy had been in 2015. It had been such an unpleasant experience for her that she was frightened to get pregnant again.

She had been managed as a public patient. The pregnancy had been complicated by obstetric cholestasis, PET, pubic symphysis pain, carpal tunnel syndrome and heartburn. Probably because of obstetric cholestasis her labour was induced at 35 weeks and 6 days gestation. She could not recall the duration of first stage labour. She did recall in second stage labour she was pushing for 3 hours before it was decided to do an operative vaginal delivery. A vacuum delivery was attempted which did not work. She then had a forceps delivery with an episiotomy. She had a girl baby weighing 2.8Kg.

I told her there with another pregnancy was the possibility of the pregnancy issues she had in her first pregnancy. I discussed her labour and delivery management last time including the likely reason it was decided by the midwifery staff at the hospital that she should be kept pushing for 3 hours. I said my management of her labour and delivery would be very different, with my goal being that she had a much better childbirth experience. I said my goal is for her not only to have a good pregnancy outcome but also a good pregnancy and childbirth experience. She started to relax more as we chatted and is now planning to have another baby. She will be seeing me for pregnancy care rather than going through the public system.

Usually because of good planning, considerable clinical expertise that is consequence of being a senior obstetrician and careful management all works out well with childbirth.