Will the grieving stop? 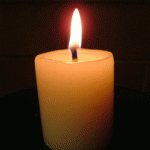 A patient sent me a Facebook message the other day.

Her son had tragically died in utero at 37 weeks gestation 7 years ago.

After delivery, the cause for his death was very apparent. The umbilical cord was tightly tied around his neck twice. There was so much congestion his head and pallor of his body. It was an obvious umbilical cord asphyxia accident of a perfectly normal little baby boy.

It had happened without warning, as is normal in these cases. It was totally unexpected and unpredictable. Foetal movements had been normal prior.

I endeavour to explain an umbilical cord accident in terms a patient can understand. “It is like you are watering the garden with the hose. Suddenly the water flow stops. You check to hose to find out why there is no water coming out the hose and see that the hose has linked itself. The umbilical cord is a bit like the hose. If the cord ‘kinks’ (gets squashed or in this case is around the baby’s neck and with the baby moving becomes too tight so oxygen flow stops (viz. for the hose the water flow stops)) there can be devastating consequences.

The umbilical cord is around the baby’s neck about 60% of the time and usually causes no mischief. The most common complication is foetal distress in labour and the most serious though uncommon is foetal death in utero.

If is 7 years later and mum is still grieving. This is normal. Will the grieving stop? No, but with time it usually gets easier.

This was her first pregnancy. This patient subsequently has had 2 babies. Both pregnancies were uneventful and with good outcomes. I recall how nervous she was, especially in the next pregnancy after the stillbirth.

To have another pregnancy with a good outcome is very important and helps in coping with the loss. But it does not replace the loss and the pain is always there

As well it is normal for a mother to blame herself for what happened.  A mother’s role sees her role as protecting her baby. When there is a miscarriage, stillbirth, a newborn death or infant death she will want to take responsibility, blame herself and conclude she failed to protect her baby which can imply to her she is not a good mother. That is not the case. It is important for her to understand that what happened was not caused by her and there was nothing could have done to prevent the loss.

As an obstetrician, this is one of the hardest aspects of the job. But it is so important to support a patient emotionally when a pregnancy doesn’t work out. I feel for her, I grieve with her. When I read her Facebook message my recollection of that tragic day came flooding back like it happened yesterday.

Another thought is a grieving couple will often say it is ‘unnatural’ to have to arrange your child’s funeral, rather than your child arranging yours.