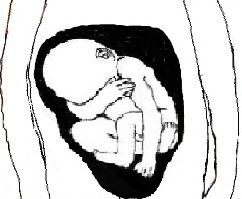 Saturday afternoon had unexpected developments. After a busy morning of visiting postnatal patients in hospital and then seeing antenatal patients for consultations in my office, I returned home.

My wife and I had a major appliance at home that needed to be replaced. After a bite of lunch, I took my wife Robyn to the shops to choose this appliance. We chose what we wanted and were about to complete the purchase when my mobile phone went.

A patient who was 28 weeks pregnant had arrived at the hospital in labour with her cervix fully dilated. I said to the sales assistant I was a doctor and had to go to the hospital urgently.

We left and I travelled quickly to the hospital. Fortunately, we were in the Home Hub Centre in Castle Hill and the patient was at Norwest Private Hospital, so it did not take very long to get to the hospital. In the car, I spoke to the midwife about making sure the paediatrician and the NETS (Newborn and paediatric Emergency Transport Service) team were asked to attend urgently because of the prematurity of the baby. It was too late to transfer the patient out to a hospital with a Level 3 nursery for delivery.

My wife had to travel with me as there was no time to take her home. At the hospital, I left my wife in the car, which I parked in the hospital carpark and I hurried to the Birth Unit.

The patient was pushing with contractions with a bulging bag of forewaters protruding through the vaginal entrance each time she pushed. I asked the midwife if, when she examined her, was she sure it was a cephalic (head first) presentation. She said there was so much pressure with the bag of forewaters she could not be sure. I examined her myself and could feel digitals in the bag. It felt more like a hand than a foot. I could not feel a head or buttock. I did not want to press too hard as I did not want the membranes to rupture. So I then did a quick ultrasound scan to check presentation.

The baby was in an oblique breech position. The head was on the upper right side and the buttock on the lower left side, with the back curve towards her upper abdomen and the arms and legs on the side of the birth canal. The baby had been cephalic (head down) at antenatal visits.

With consideration of the baby’s prematurity and these findings, my preference was to do an urgent Caesarean section delivery. It was a much safer option for the baby than what could be a difficult breech vaginal delivery. Another consideration was the patient had no epidural anaesthetic. All I could offer her for pain relief with a vaginal delivery was a Pudendal block anaesthetic and local anaesthetic infiltration of the perineum area. The manipulation of the baby to get it into position for a breech vaginal delivery without an epidural anaesthetic and then the delivery of the baby with the use of forceps to protect the baby’s head would have been painful for the patient. Her experience of this pain would have added to the risk to the baby as I could not totally focus on the safe delivery of her baby.

I arranged for the patient to have an injection of Bricanyl, a drug we use to stop contractions. That meant I could buy some time while working out what to do. The Bricanyl injection did not stop the contractions but it did make them less intense so there was less desirable to bear down with contractions.

A call was made to the operating theatres to do an urgent Caesarean section. Unless it was possible to do this very soon, I would have been committed to doing a breech vaginal delivery. The theatre team and anaesthetist were in the theatre complex. They were waiting to start an operation, but the surgeon had been caught up. We asked them to set up for a quick Caesarean section. The porter and I quickly took the patient to theatre.

The paediatrician phoned me just after the patient arrived in theatre. He said he was almost in theatre. He asked me not to deliver the baby until the NETS team arrived. They were almost at the hospital.

Fortunately, because of the Bricanyl taking the edge off the contractions, we could wait. The patient had requested a general anaesthetic. I advised the anaesthetist to wait as I did not want the baby to be exposed to any more anaesthetic gases than possible. I also deferred catheterising the patient until the general anaesthetic had been commenced. This was because a full bladder can slow progress in second-stage labour.

The NETS team arrived and the operation commenced. I did a more generous transverse incision into the upper aspect of the lower uterine segment to give more room for a safer delivery of the baby’s head. I delivered the baby easily by breech extraction. It was a little boy.

I gave the baby to the midwife who took him to the neonatal resuscitation where the paediatrician and NETS team were waiting. The baby was quickly intubated and stabilised.

Umbilical cord blood was collected at delivery. The results were excellent. The baby had not experienced a lack of oxygen and biochemically was born in excellent condition. As well with the delivery, there was no trauma to the baby. The woman’s son could not have been given a better start in life. I was very happy.

At completion, I checked with the NETS team and all was well. The NETS team was waiting to find out which hospital with a Level 3 newborn nursery was able to take the baby. 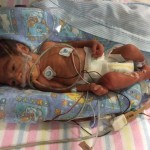 Dad had seen his son immediately after birth and again after he was stabilised. As mum had requested a general anaesthetic, it was not possible for her to see her son before he was transferred out with the NETS.

I saw mum the next morning and she was well. She said she was told her new son was in good condition. His birth weight was 1250gms.

The next day he was extubated and was breathing with only CPAP support. This was excellent news especially considering he was born at 28 weeks and there had been no time to give mum steroid injections to help mature his lungs.

On the evening of the delivery, my wife and I dined out with good friends at a restaurant near my office. That afternoon’s events were certainly a good story to ‘dine out on’.

On Tuesday late afternoon at 5.15pm I was able to return to the shop to complete the purchase of the major appliance.